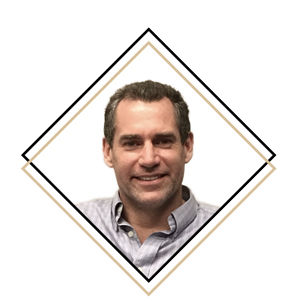 Cameron Poetzscher is a San Francisco Bay area executive with an extensive background in finance and strategic business operations. He is currently the Vice President of Corporate Development at Uber, and his career has followed a varied path leading up to this point, including senior roles in Australia, Asia and the US. ​

After graduating with a Commerce degree from The University of Queensland, Cameron moved into a consulting role with leading management consultancy Booz & Company, now Strategy&, under the PWC group. At Booz & Co, he advised senior executives on financial, strategic and operational issues across multinational firms in the Asia-Pacific region provided firm grounding for the journey he would later embark on both in investment banking and in the corporate world. ​

Following his stint at Booz & Co, Cameron Poetzscher attended Harvard Business School from 1993 to 1995, earning his MBA, graduating with distinction. Based on strong academic performance, he was selected by faculty as a tutor in Finance and Operations.
​
Poetzscher was selected as a Charles Williams Research Fellow for a further year at the HBS, where he was involved in researching and case writing on various topics including underwriting, hedging, options, liability management and credit derivatives. Additionally, he assisted in course development and served as a teacher's assistant. ​

After leaving Harvard, Poetzscher enjoyed a stellar career that spanned 17 years working for investment bank Goldman Sachs. He joined as an associate in the Technology Media and Telecom group and was promoted to Vice President and eventually to Managing Director.

Cameron's focus at Goldman Sachs included Mergers and Acquisitions, IPOs, restructuring distressed assets, and follow-on equity offers. During his tenure at Goldman, he led a variety of high profile transactions for some of the world’s most iconic businesses. This included Disney’s $7.5 billion purchase of Pixar, Microsoft’s $1.2 billion acquisition of Fast Search & Transfer, Dreamworks Animation’s $934 million IPO among others.

During the second part of his Goldman Sachs tenure, Cameron Poetzscher relocated to Singapore to head the M&A division for APAC. Again, he worked across M&As, IPOs and various financing transactions, and his role also had a strong operational focus, overseeing corporate development, sales and marketing, human capital and compliance. ​

In 2014 Poetzscher joined Uber as its Vice President of Corporate Development, a position that builds on his expertise in M&A, strategic partnerships and business operations. His extensive experience in negotiations and deal-making have been central to his role given Uber's rapid global expansion. ​

Cameron is a an avid sportsman, who enjoys keeping active by sailing, running and cycling.
He is married to Varsha Rao, Head of Global Operations at Airbnb, with whom he has two children. ​